The conference will be hosted at the Lecture Hall of CMM, L8:00, Visionsgatan 18, ground floor at the Karolinska Institutet in Stockholm, Sweden. In August we may have around 19-20 hours of daylight. 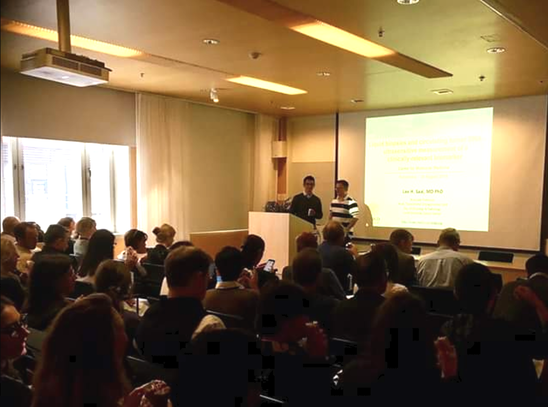 Stockholm is the capital of Sweden and the most populous city in the Nordic countries with 2.3 million in the metropolitan area. The city stretches across fourteen islands where Lake Mälaren flows into the Baltic Sea. Just outside the city and along the coast is the island chain of the Stockholm archipelago. We definitely recommend you to visit the Vasa museum with an intact ship with a great history and story (you will see what we mean), the National musem, and the Nordiska museum.
The city is home to some of Europe's top ranking universities, such as the Stockholm School of Economics, Karolinska Institute and Royal Institute of Technology (KTH). It hosts the annual Nobel Prize ceremonies and banquet at the Stockholm Concert Hall and Stockholm City Hall. One of the city's most prized museums, the Vasa Museum, is the most visited non-art museum in Scandinavia. The Stockholm metro, opened in 1950, is well known for the decor of its stations; it has been called the longest art gallery in the world.

The lecture hall will be at CMM at the Karolinska Institute, the institute that, together with the Royal Swedish Academy of Sciences award the Nobel Prize in areas of science. CMM is located next to the institute's main, beautiful and historical campus. Depending on the funding received we are planning several social events including in the registration fee, must-sees are the Vasa museum, the Historiska museum and Stockholm's archipelago, so we are trying to get good deals on these activities. We will update this website accordingly.